Members of the MSUC per February 2012:
see above “Project Participants” 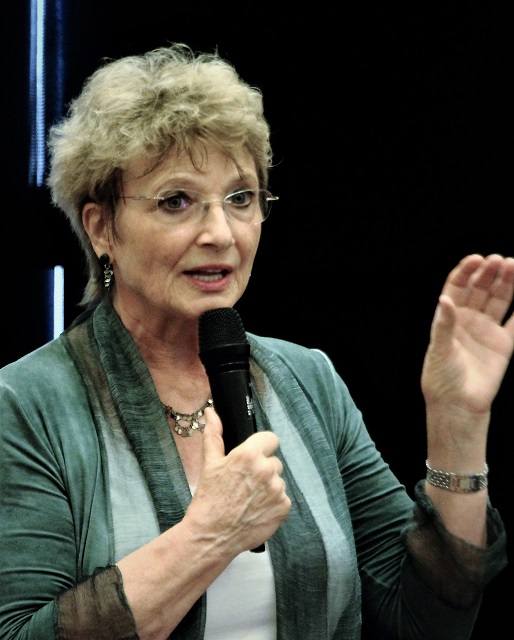 Excerpt of an e-mail from February 5, 2012, sent by Helmi Vent to the singers of MSUC (Manado State University Choir) before the project began

“[...] you may well be wondering what this Helmi Vent person will be doing with you.

The curious thing is that I don’t know that yet, because I need, first of all, impressions about where I am situated before these impressions can turn into forms of expressions, into plans and concepts. That means impressions about you, about the part of the world you live in, about your singing, your everyday life, and your culture, about the colours, smells, sunshine, rain and many other things.

And so, I come first of all as a listener, an observer, although of course we will begin doing exercises, starting with some pieces of your current repertoire, which will lead us – with our voices and bodies – into other locations and spaces of experiences with sound and motion.

And it might happen that there are moving or sounding 'somethings' in your surroundings that we take up and lead into dialogue with us [...].

Thus, in our lab work, your repertoire will be considered raw material that will be allowed to find new connections and perhaps connections in your everyday culture.

We will see, and of course that will take time. [...] Questions that arise in the course of the project in progress will be examined and discussed. ...

The main phases of the project development will be audio-visually recorded. [...] At the end of the project the recorded material will be evaluated, then edited and mastered. Each project participant will receive a copy of the film.”
[...]

Questions arising from the project process

What happens to the repertoire of a mixed choir when it is put into a fluid state through performative actions, for example:

Afterthoughts on the Project

After numerous entries in my personal project diary about the process development, my diary ends again with questions: quoted questions posed by the singers as well as questions that I addressed to the participants and to myself at the end of the project.

Some of the participants’ questions can be answered simply with fact-oriented explanations; others can be clarified by our practical project work, the scope of which complements and enriches subsequent reflections; the improvisations, the experimental approaches to repertoire excerpts, the imaginative sound-body-interplay – all these experiences add up to a platform of understanding for new perceptions and insights.

A number of questions, however, remain open, until some other occasion or circumstance in the near or distant future sets them – and, perhaps, answers to them – in motion.

Fienny Langi’s question opens up an interspace between human perspectives on action, being, and thought: “Is it important to be different from others? Or should we flow with this ‘ moving’ world?” Expanding on Fienny’s question in my mind, I ask: “Is it important to develop an individual profile and thereby (particularly in artistic fields) clearly distinguish and thus separate oneself from others? Or is it advisable (in other situations of life) to go with the flow of the constantly changing world?”

What remains after these and other thought-provoking questions is the special importance of a capacity for sensitive and critical perception and decision-making that enables every individual to consciously occupy interspaces and set accents that (help to) shape them – in the vocal and
performative theaters as well as in the theater of life. And what also remains is an impressive insight into the depth of the questions about life raised by the enthusiastic young choral singers of the MSUC in Manado.

In February 2013 Helmi Vent invited all participants of the project “REP & RIP. Repertoire & Repertoire In Process. A Laboratory Documentation” as well as interested guests to the public film premiere in Manado (North Sulawesi, Indonesia), March 2nd, 2013 (see Invitation-Flyer). Each participant of the REP & RIP project of 2012 (see above) received a copy of the film on a USB stick.

Following the premiere: discussion, exchange and dinner together.
Supplementary talks about the “REP & RIP”-Project and its AV-Documentation: March 4 and 5, 2013

Invitation Flyer to the Film Premiere